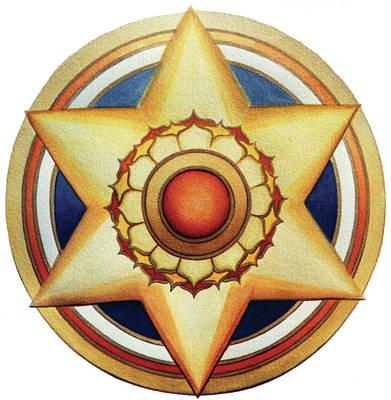 It is only by listening to the heart, it seems, that we can take better care of the mind.

Manos Tsakiris, Psychologist at Royal Holloway, University of London.
From the article: The Guardian: Interoception: the hidden sense that shapes wellbeing. Aug 2021

The quote above comes from a fascinating article in The Guardian. It describes the increasing amount of scientific research in the fields of neurobiology and psychology related to inner perception. Over the past 10 years, the number of books published in the field of trauma treatment and new forms of psychotherapy has increased dramatically. It seems that each modality has developed its own way of therapy and method with regard to the treatment of trauma-related disturbances. As a therapist and counselor of clients dealing with developmental trauma, it is almost impossible to keep up with these developments and to learn about everything, let alone to internalize all the new models.

After my Psychosynthesis training I started to delve more and more into the different theories and therapeutic treatment models that can deepen and support my work as a psychosynthesis therapist in the field of developmental trauma. Despite all the new models and theories that are “coming to the market” at the moment, I find that they are generally based on the same basic principles and just use a different language for it. Basic principles that the founder of psychosynthesis, Roberto Assagioli, already referred to and described in the last century in a theory he called Psychosynthesis.

Bottom up vs Top down

One of these principles is inner perception, which is described in the cited article as ‘Introception’. According to Wikipedia ‘the ability of an organism to perceive stimuli from within its own body’. Most of the time, we are focused outward and perceive with our senses, such as hearing with our ears and seeing with our eyes. We call that ‘Perception’. This perception with our 5 senses usually happens consciously and thus remains reasonably under our ‘control’. At the level of our unconscious much more happens that takes place outside of our conscious attention and ‘control’. For the most part, according to Bessel van der Kolk and other trauma treatment experts, we are driven ‘bottum-up’ (from the body to the brain) rather than ‘top-down’ (from the brain to the body). . Stephen Porges calls the awareness of this unconscious information coming from our body ‘Neuroception’. According to him, Neuroception even precedes Perception. He has described these processes in detail in his developed Polyvagal theory.

The Psychological Functions and the Egg Diagram

Back to Psychosynthesis and what Assagioli already wrote about it in the last century in his theory about psychological functions. As the words perception and neuroception are used to indicate the difference in perception at different levels of consciousness, Assagioli made a number of models that reflect this multidimensional nature of our consciousness (lower, middle and higher unconscious) in our personality. He uses the egg diagram as a map to indicate the structure of this personality and the different levels of consciousness. In addition, he developed the star diagram with the different psychological functions: thinking, impulse/desire, sensation, emotion/feeling, imagination and intuition, with the free I and free will in the middle, as a guiding mechanism in our human actions. .

The driver and the carriage

The interrelationships between these different psychological functions are complex. There are interactions that take place spontaneously and without conscious control and interactions that we can influence with our will and consciously direct and direct. Didi Firman describes in a wonderful article the effectiveness of these psychological functions and uses the metaphor of a carriage pulled by 6 horses. The ‘driver’s’ job is to keep the horses in check and on the right track. A track that is in accordance with the destination that the charioteer has in mind. It is a wonderful metaphor to represent the working of these inner psychological forces. She writes:

You are the driver. Where the horses go, where the carriage (your whole being) ends up, is up to you en how you work with your team. Learning to work well with your team of horses (or psychological functions) will takes us where we want to go.

Didi Firman, Driving the Carriage: The gift of Psychological functions

The Psychological functions as mentioned above mutually influence each other and are subject to psychological laws (I included these laws in the previous blog) which in turn also influence each other mutually. It is therefore a complex system of inner forces that direct us in our behaviour, our thoughts and our feelings and are therefore very decisive for our well-being. Or to put it in the words of Tsakiris: ‘the hidden sense that shapes wellbeing’

When any function starts to take us down a slippery slope, we know that the whole team of horses will follow, unless we take the reins and steer our wagon towards the desired goal.

Didi Firman, Driving the Carriage: The gift of Psychological functions

But there is hope. We can learn to drive our chariot and to rein in our horses. How? By starting to get to know ourselves. To become familiar with these inner forces and with the laws to which they are subject. In psychosynthesis guidance we start by introducing the models/maps that reveal the inner structure of our personality and its multidimensional character.

We then use the maps from, for example, the Egg diagram and the star diagram to explore with the client the area they want to become familiar with. We start an ‘introspection’. Just like when you go on vacation and you can first study a map or plan of the area in advance to familiarize yourself with what you might encounter on your planned trip. I know that nowadays with Google Maps we may find this image a bit outdated, but in psychosynthesis guidance these maps are still very useful and even necessary to determine where you are and where you would like to go. And to be able to regularly check whether you are still on the right track.

The usefulness and efficacy of these ‘maps’ or models for self-examination has been confirmed in recent years by new scientific insight and research showing that the functioning of our autonomic nervous system, where all unconscious ‘pathways’ in the neural network through experience (e.g. trauma ) are constructed, are plastic. We call that Neuroplasticity. Neuroplasticity refers to both the production of new brain cells (neurons) and the creation of new connections (pathways) between these neurons.

With this hopeful idea, confirmed and supported by scientific research, the Psychosynthesis theory and the resulting working models receive an ‘update’ that puts psychosynthesis guidance, coaching, counseling or therapy back in the middle of the ‘work field’ of other theories and models that we have seen emerging in recent years, also in the field of developmental trauma. John Firman and Ann Gila, both trained in Psychosynthesis, have already done a lot of research in the 1990s on the effects of trauma and addiction on our personal development. They then placed this in a Transpersonal context. For those who want to delve into that, I can recommend to take note of their work. The Primal Wound, provides a clear description of working with trauma in a Transpersonal context.

Whatever language you learn to use for what you perceive, Perception, Introception or Neuroception, it is about becoming familiar with sensing yourself (body, mind, spirit). One of the first exercises you become familiar with in psychosynthesis counseling is the exercise in dis-identification and identification. Dis-identification of everything we can perceive from the position of the free observer (the I) and then learn to identify with the free I, where we are in connection with that which is greater than our personal I. Our Higher Self. (See the image of the Egg diagram)

Assagioli places in the star diagram, in the midst of the psychological functions, the field of consciousness with the I and the will. The place of the I-Self relationship. A place where we are dis-identified from what we are sensing (the un-storied self). Didi Firman writes:

The field of consciousness is just that, the area of awareness and experience that we are conscious of in any give moment, while the ‘I’ (also called personal self) is the point of pure self-awareness and will, freed of attachment to the contents of consciousness and personality presentation. This is the ‘un-storied’ self, centered, in and of the world. The higher (or transpersonal self) Self carries the same qualities and aspects as the personal self, while connected to the experience of the universal nature of being. The personal self may be considered our truest self, at the kitchen sink, immanent and living within the world we inhabit, while the higher Self sits at the mountaintop.

Uit: The Call of Self, Psychosynthesis: A Brief Overview, Dorothy Friman, 2018

Become the driver of your own carriage again

The star-diagram invites us to become familiar with the different psychological functions through which we express and manifest ourselves in the world. These functions can both serve us in how we want to manifest ourselves, as well as hinder us through which we can ‘derail’. They have the function to take in information (through perception, introception and neuroception), to be perceived and judged from a free self and a free will, and then to express ourselves. In the psychosynthesis guidance the client will be continuously supported to get to know himself in this, the free I, which has learned to dis-identify itself from what is perceived, and can reconnect consciously with every desired function.

The will as a guiding mechanism

The will is here consciously and actively deployed as a ‘guiding mechanism’. The client learns to drive his or her own team of horses and to steer them in the desired direction. This is what psychosynthesis is all about. You become the own driver of your own carriage again. And just like learning to drive a car, it takes effort and stamina from the client to take the lessons necessary to become familiar with the car and traffic.

The Star Diagram and the Journey to Wholeness, by Didi Firman